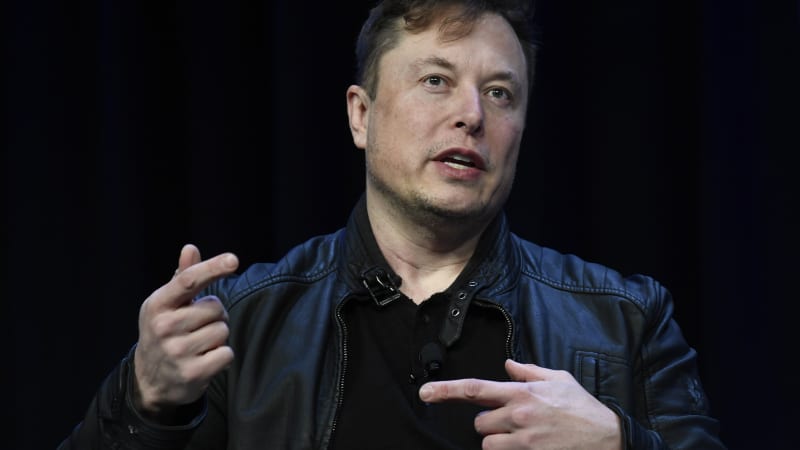 ORLANDO, Fla. — A group of SpaceX employees derided flamboyant billionaire CEO Elon Musk as a “distraction and embarrassment” in an internal letter to executives.

Musk, also head of electric automaker Tesla, has been in headlines and late-night comedy monologues in recent months for a tumultuous quest to buy social media giant Twitter, a reported allegation of sexual harassment that Musk has denied, as well as crude comments online and a foray into political discourse.

“Elon’s behavior in the public sphere is a frequent source of distraction and embarrassment for us, particularly in recent weeks,” read the letter, which does not single out any controversy in particular. Reuters was provided a copy of the letter.

“As our CEO and most prominent spokesperson, Elon is seen as the face of SpaceX — every tweet that Elon sends is a de facto public statement by the company,” the letter added.

SpaceX did not immediately respond to a request for comment.

The open letter, earlier reported by The Verge, was drafted by SpaceX employees in recent weeks and shared as an attachment in an internal “Morale Boosters” group chat, which contains thousands of employees, according to a person familiar with the matter.

It was not clear who authored the letter or how many employees were involved in its drafting.

In a list of three demands, the letter says, “SpaceX must swiftly and explicitly separate itself from Elon’s personal brand.” It added: “Hold all leadership equally accountable to making SpaceX a great place to work for everyone” and “define and uniformly respond to all forms of unacceptable behavior.”

On Twitter, Musk denied and mocked the reported accusation that he sexually harassed a flight attendant on a private jet in 2016. Some of his tweets displayed the crude levity that embarrassed and had some SpaceX employees cringing, according to three people familiar with private discussions among staff.

“He often doesn’t realize how something he says could affect others,” one SpaceX employee said of Musk. “The letter is a collective, ‘Hey! We’re getting some heat for things that are unrelated to us.'”

Many SpaceX employees are frustrated by Musk’s controversies, the employee said, yet “remain as focused as ever and excited for the future.”

Musk, also the company’s chief engineer, has been viewed as a central figure in many of SpaceX’s high-profile successes, such as pioneering reuse of orbital rocket boosters and returning routine human spaceflight from U.S. soil after a nine-year hiatus.

Much of the company’s day-to-day business operations are led by SpaceX President Gwynne Shotwell. After past workplace dust-ups, she has vowed to enforce SpaceX’s “zero tolerance” standards against employee harassment.

In a talk about leadership at Stanford University in May, Shotwell, asked how she manages crises, said “employees were screaming to hear from me” about the reported sexual harassment allegations about Musk and that she addressed their concerns in a company-wide email.

“I have to speak to my employees,” Shotwell said. “They’re the reason SpaceX is what it is, and I care deeply about them.”

Elon Musk addressed Twitter employees for the first time on Thursday, expressing his view that Twitter would need to cut its headcount, but offering few other new details about his $44 billion planned takeover of the social media company.

Musk appeared via video call 10 minutes late to what turned out to be a freewheeling question and answer session moderated by a Twitter executive, in which Musk mused about the existence of aliens and other space civilizations and his view that Twitter should help “civilization and consciousness.”

The Tesla chief executive, who is also CEO of rocket company SpaceX, told Twitter staff he wants to raise the service’s user numbers from 229 million to at least 1 billion people and said advertising would remain important for the company, despite previously saying he believes Twitter should not serve ads, according to audio of the meeting heard by Reuters.

“I think advertising is very important for Twitter,” Musk said. “I’m not against advertising. I would probably talk to the advertisers and say, like, ‘hey, let’s just make sure the ads are as entertaining as possible.'”

Musk, who was expected to provide assurance to Twitter employees during his first meeting, didn’t offer an update on the deal closing.

He reiterated he was still trying to learn more about bot and spam accounts on Twitter, which he called his biggest concern.

In response to a question about whether he expected layoffs, Musk said there needed to be “some rationalization of headcount and expenses.”

“Right now, the costs exceed the revenue,” he said, adding “anyone who’s … a significant contributor should have nothing to worry about.”

Twitter employees took to an internal Slack channel in droves during the session, posting memes and complaining that Musk was not providing useful answers on his vision for the business and employee compensation.

They also demanded on Slack that the moderator press Musk on his views about remote work, as Twitter currently allows employees relatively free reign to work remotely or in the office.

Musk said he believed Twitter staff should lean toward working in an office, but expressed willingness to make some exceptions. The bias should be “strongly towards working in person, but if somebody is exceptional, then remote work can be okay,” he said.

The impending takeover of Twitter has been met with widespread skepticism and concern among the San Francisco-based company’s employees, some of whom have worried Musk will relax rules on certain content.

The billionaire told Twitter staff he believed users should be allowed to say “pretty outrageous things” on the site as long as the content is not illegal.

Twitter shares were down 1.5% and Tesla shares slumped more than 9% in afternoon trading.

Musk dialed into the call wearing a white shirt and appeared to be sitting in a kitchen, according to a source who watched the call.

When he turned off his video at the end of the Q&A, his avatar appeared to be two hands in the shape of the number 69, an apparent reference to a sex position, the source said.

SPIED: BMW X5 M60i Lookin’ Sharp in New Photos
6 hours ago
We use cookies for various purposes including analytics and personalized marketing. By continuing to use the service, you agree to our use of cookies.