A little over a decade ago, Royal Enfield introduced an engine platform that would turn its fortunes around, making it one of the most sought-after motorcycle brands across the country. The Unit Construction Engine (UCE) debuted on the Classic twins – a 350cc version and a 500cc version – and the “smaller” Classic 350 was immediately the more popular of the two. Not too long after its launch, it was accounting for nearly half the manufacturer’s sales.

The years have gone by but even today, the Classic remains largely the same motorcycle it once was – both in terms of what it has to offer and its success in our market. Last fiscal year (which wasn’t the best by a long run) saw Royal Enfield sell 6,56,651 motorcycles. A whopping 60 percent of that number was thanks to the Classic 350. Unsurprisingly, it was the Indian manufacturer’s first bike to be updated to comply with BS6 back in January. We finally got to spend a couple of days with it, and here’s what it was like:

A little here, a little there

Royal Enfield tells us that with the transition to BS6, it’s also worked on improving the Classic’s smoothness and braking. The former may be true at low speeds, but not by a significant margin and could be a result of a placebo effect from the slightly quieter exhaust note. The brakes, however, are noticeably better. While the numbers don’t show a big difference in stopping distance, the brakes feel better and more progressive, and that certainly helps rider confidence. 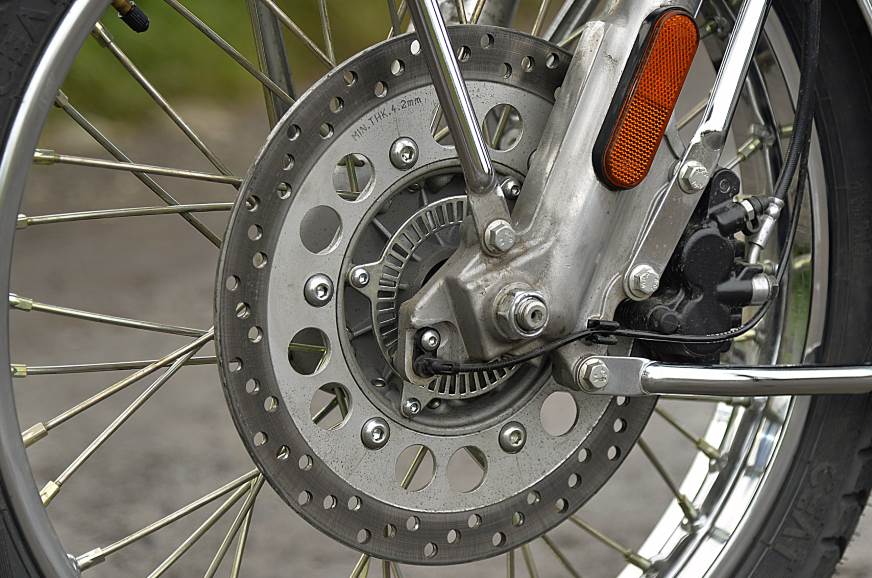 The update has also brought about the introduction of a fuel-injection system. Enfield managed to tune the engine to produce an identical 19.8hp and 28Nm of torque, but rather interestingly, this bike is quicker than its predecessor all-around. On our test run, the new Classic was a little over a second quicker to 60kph and while we couldn’t hit 100kph on the BS4 bike, this one managed to get there in 25sec. Quite slow, but an improvement, nevertheless. Aside from the fuel injection, a catalytic converter is also new, adding an additional kilo of weight to the bike – not that you’ll notice, considering it still weighs a substantial 194kg without it. 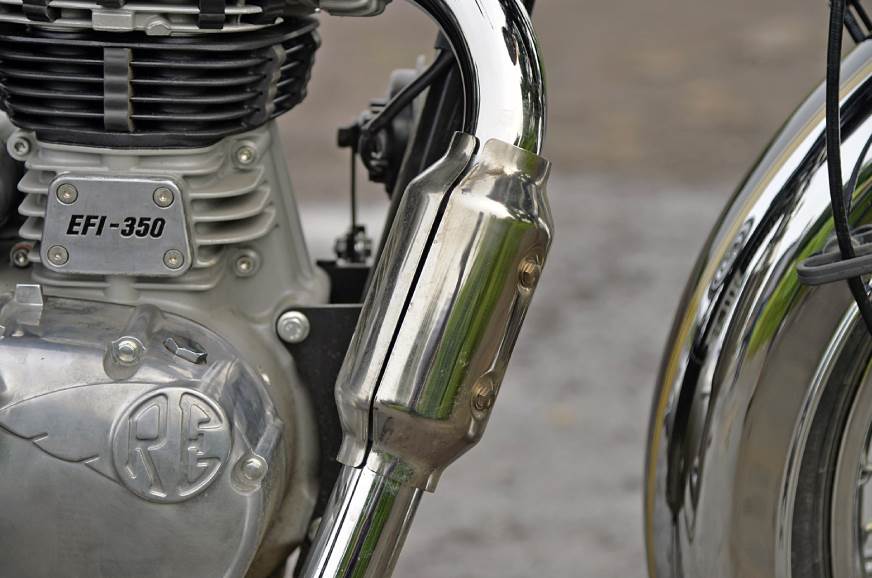 BS6 update sees the addition of fuel-injection and a catalytic converter.

Royal Enfield has left the rest of its success story untouched. Everything, from the frame to the suspension is the same. Subsequently, the Classic 350 continues to offer a rather plush ride, with performance that best suits a leisurely cruise around town. 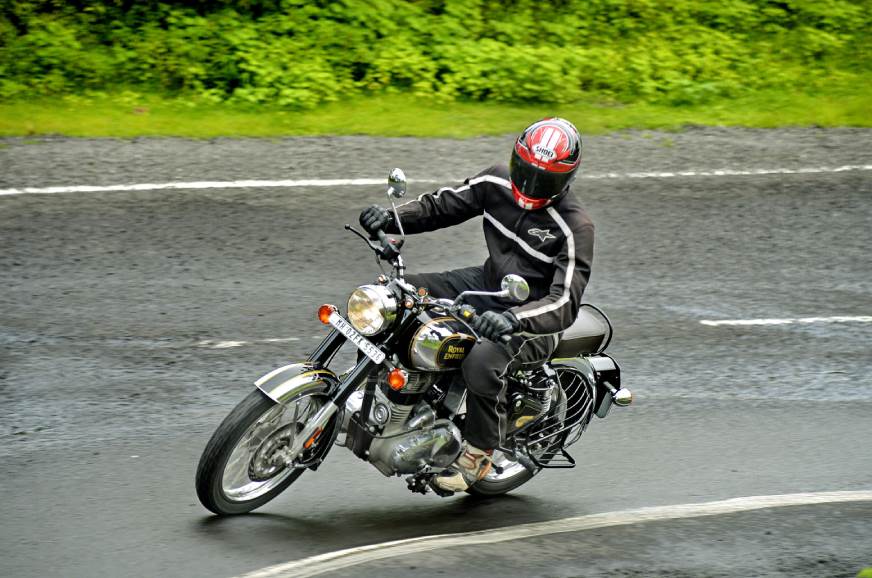 With prices starting at Rs 1.78 lakh, the new Classic (yes, the irony) is just about Rs 11,000 more expensive than it was in BS4 spec. Even in its most refined guise yet, the Classic 350 isn’t short of flaws. The vibrations that plague the upper end of the rev band will leave your palms tingling if you stay there too long. And you’re also going to be yearning for more performance the moment you find yourself on an open stretch of road.

However, despite its shortcomings, there isn’t a bike in our market that wears its flaws and charms quite like the Classic does. It is Royal Enfield’s talisman, and unfortunately, this update is likely the very last it will receive. It’s no secret that Enfield is working on an all-new platform; one that’s more modern and likely has much more to offer than the current range of 350cc Royal Enfields. The first bike to emerge from this platform will be the Meteor 350, which was supposed to have been launched already but has been delayed for obvious reasons. The next-generation Classic will also be based on this platform, but its launch is still some time away, so the BS6 Classic 350 we just reviewed is still very relevant to the brand. The Classic moniker is almost certain to live on, and the next-generation bike has a lot riding on its shoulders.

Carvana’s dealer license suspended in Illinois, for now
14 hours ago

SwitchArcade Round-Up: Reviews Featuring ‘Dungeons of Dreadrock’, Plus the Latest Releases and Sales
14 hours ago
We use cookies for various purposes including analytics and personalized marketing. By continuing to use the service, you agree to our use of cookies.