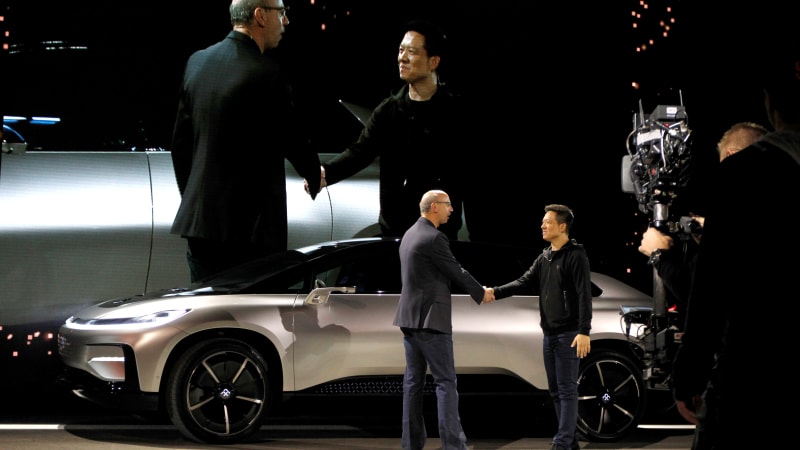 Faraday Future Intelligent Electric, Inc. is limiting the role of its founder, Jia Yueting, after completing a months-long internal probe into allegations of fraud.

The electric vehicle startup is also putting one of its longest-serving executives on probation while another has resigned, according to filing on Thursday.

Jia will continue to serve as Faraday Future’s “Chief Product and User Ecosystem Officer” — a position he has held since relinquishing the CEO role in 2019 to former BMW executive Carsten Breitfeld. Moving forward, his work will be limited to the company’s “product and mobility ecosystem” and its “internet, artificial intelligence and advanced R&D technology.” Faraday Future also said that Jia will no longer serve as an executive officer.

The Los Angeles-based company said that Matthias Aydt, a board member and senior vice president of business development and product definition, will be placed on probation for six months. Aydt, who started with the company in 2016, will keep his board seat during the probationary period.

Jiawei Wang, the company’s VP of global capital markets, is also resigning. Wang, who is Jia’s nephew, has been suspended without pay since Jan. 31, shortly before Faraday Future announced an earlier round of measures based on the findings of the internal probe.

Faraday Future said Thursday that it took other “disciplinary actions” and fired some other employees who are not executive officers, without providing details.

Faraday Future launched the internal probe last year after a short-selling research firm published a report claiming the startup misrepresented the number of preorders for its luxury SUV, the FF 91, following its merger with a special purpose acquisition company.

The startup said in February that it had also discovered certain executives had misled investors about Jia’s role in running the day-to-day operations, resulting in a 25% pay cut for Breitfeld and the removal of Chairman Brian Krolicki to a regular seat on the board.

The company disclosed in March that it is also being investigated by the U.S. Securities and Exchange Commission in relation to the allegations made in the short-seller report.

Carvana’s dealer license suspended in Illinois, for now
14 hours ago

SwitchArcade Round-Up: Reviews Featuring ‘Dungeons of Dreadrock’, Plus the Latest Releases and Sales
14 hours ago
We use cookies for various purposes including analytics and personalized marketing. By continuing to use the service, you agree to our use of cookies.