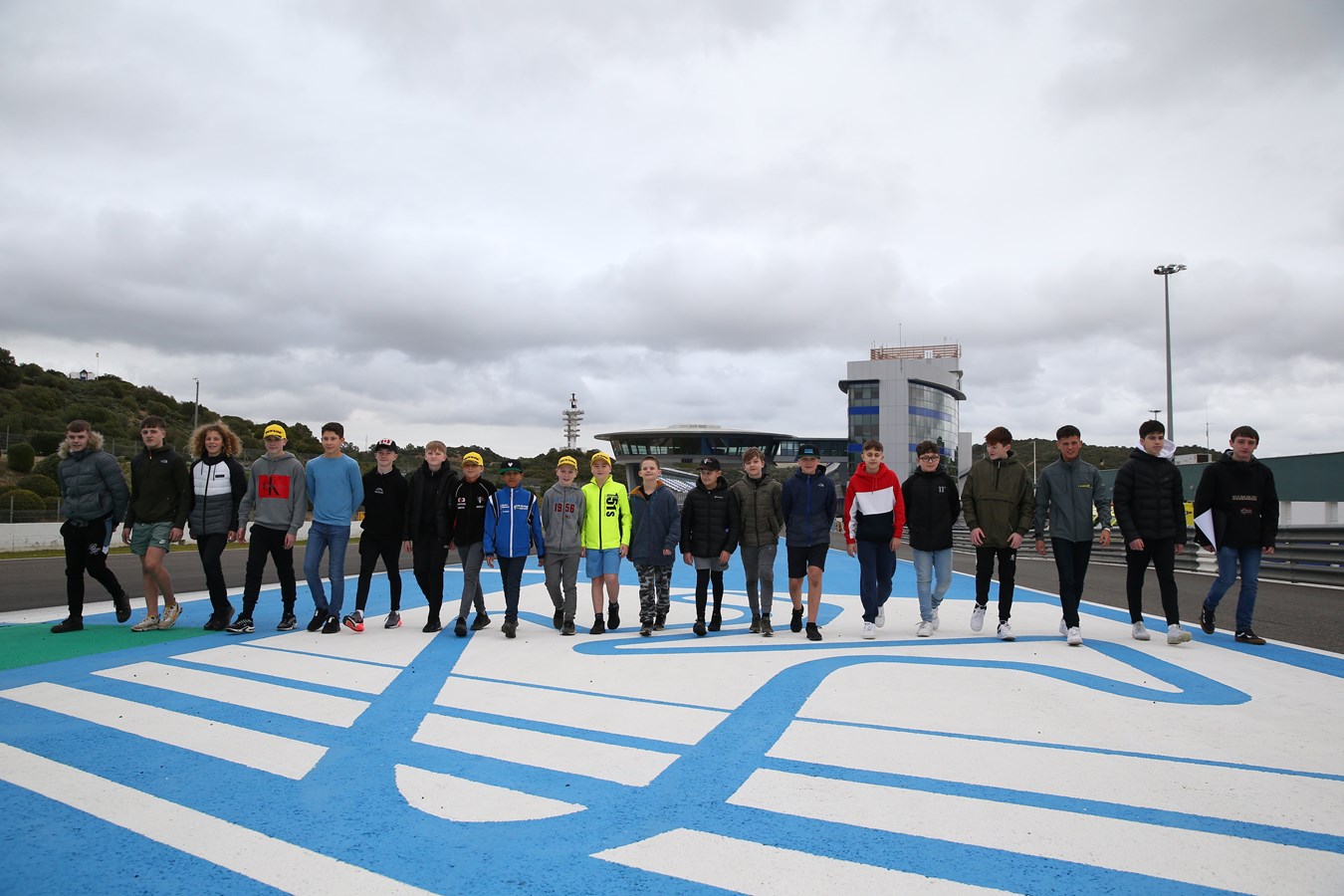 The British Talent Cup will be one of the showcase support races when the Bennetts British Superbike Championship resumes at Donington Park on August 7/8/9 following the earlier postponement due to the global situation. Now, The British Talent Cup has joined forces with Honda UK as a title partner, with the new collaboration fully focused on developing the stars of the future in the Road to MotoGP™️ programme.

Racing is at the heart of Honda’s DNA and has a strong history of success since first entering motorcycle Grand Prix racing in 1959. In 2019, Honda completed a triple crown of title victories with Marc Marquez dominating in MotoGP as well as the MXGP World Championship with Tim Gajser and the Trial World Championship with Toni Bou. In January of this year, Monster Energy Honda Team rider Ricky Brabec won the Dakar Rally 2020 giving Honda its first Dakar victory since 1989.

The series is open to riders between 12 and 17 years of age and the technical regulations will mirror the highly-successful Dorna-promoted European Talent Cup, which specifies the exclusive use of an essentially standard specification Honda NSF250R motorcycle, making it an even playing field for the sole British Moto3™ Championship class.

The British Talent Cup will not only be a fight for championship points on the track, but will also feature a prize fund awarded to the top 10 finishers in each race. The series’ tyre partner Dunlop is also offering the prize of front and/or rear tyres for riders who finish on the podium. There will also be an end of season prize fund presented to the top three riders in the final overall standings.

Additionally, Dorna will select a rider from the British Isles to compete in the 2021 FIM Moto3™️ Junior World Championship on the Road to MotoGP™️. Two riders will also be chosen by Dorna to take part in the Red Bull MotoGP Rookies Cup Selection Event for 2021.

The British Talent Cup will feature at five Bennetts British Superbike Championship events throughout the year, with the rescheduled opening round taking place at Donington Park next month.

The 2020 contenders have already had their first taste of competitive British Talent Cup action for the forthcoming season, when they completed an official test at the Circuito de Jerez-Angel Nieto at the beginning of March. On the combined timesheets, Casey O’Gorman set the pre-season pace ahead of Evan Belford and Charlie Farrer.

Neil Fletcher, Head of Motorcycles at Honda UK added: “We are proud to be announced as the Title Partner for this key support championship to the highly popular British Superbike race series. The British Talent Cup series provides a fantastic platform for young riders to put themselves on the road to stardom with the ultimate target of racing in the MotoGP World Championship.”

Carmelo Ezpeleta, CEO of Dorna Sports: “We are very happy to see Honda take on this important role in the British Talent Cup. Honda are such an incredible force in motorcycle racing, and we have already had the pleasure of partnering with them in a number of Road to MotoGP programmes. It makes me proud to see our relationship strengthen once again, this time as part of the British Talent Cup as we work to create more solid foundations for the champions of the future.”

Don’t miss the season opener for the Honda British Talent Cup from the 7th to the 9th of August as
the new era begins at Donington Park.

Further information can be found on:

BMW M3 Edition 50 Jahre BMW M Exclusive to North America
1 day ago
We use cookies for various purposes including analytics and personalized marketing. By continuing to use the service, you agree to our use of cookies.