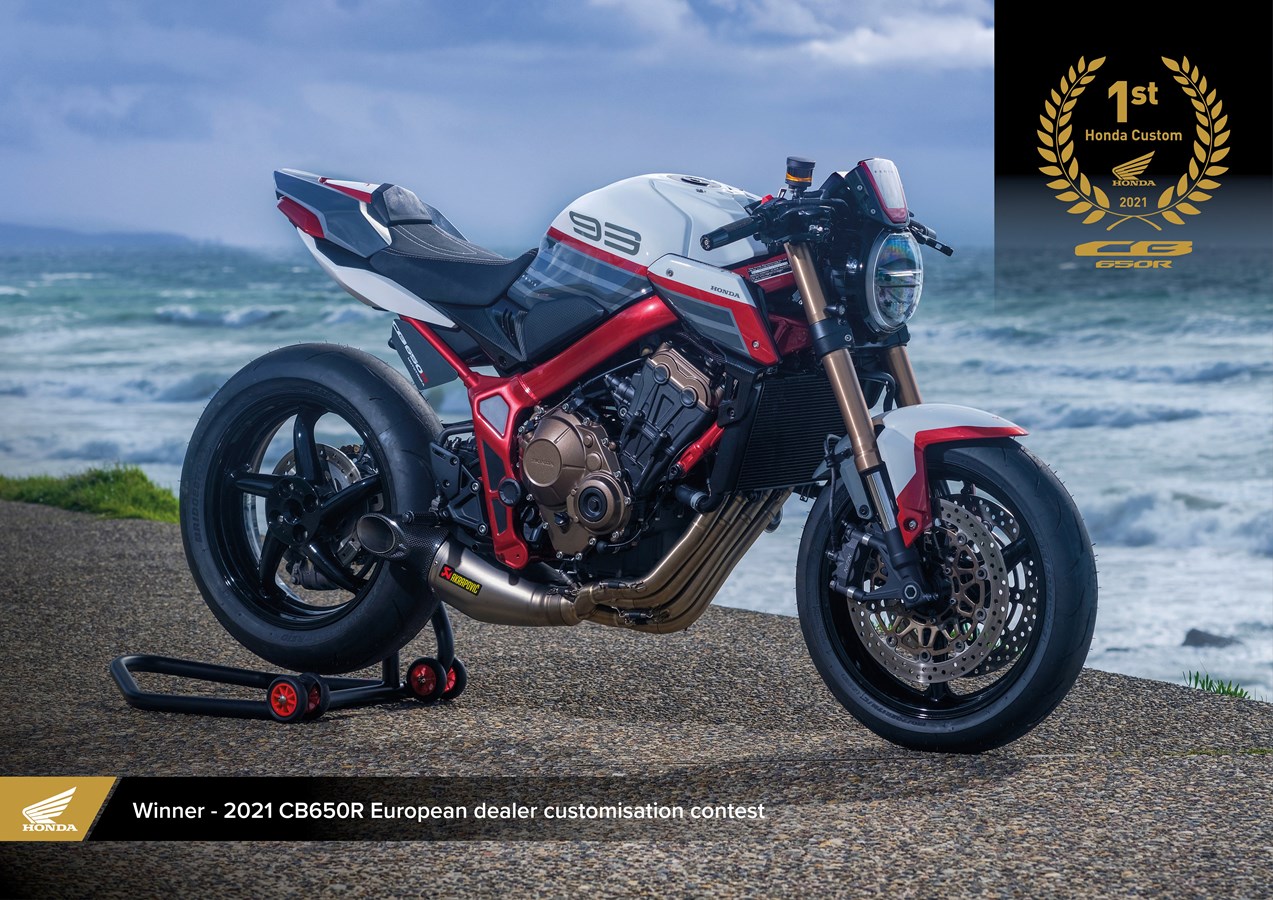 Receiving nearly 29% of total votes on the Honda Customs website www.hondacustoms.com, the CB650R Fenix is a special symbol of renewal for the entire Mototrofa team, whose dealership has risen again from the ashes of a devastating fire.

While looking totally modern it also makes use of past Honda models. The single-sided swingarm and rear wheel are from a VFR750F and the front wheel from a CBR900RR FireBlade. Custom parts include the seat and rear cowl and the ‘93’ paint scheme (by Nexx Helmets) both pays homage to the incredible Marc Marquez, and marks the year Mototrofa was founded.

The CB650R BMX by the Nice-based Werther Honda came in second, closely followed in third by the CB650R Four Limited Edition by Espace Motos, with only 12 votes separating the French pair.

Visitors to the Honda Customs website were able to choose from ten of the best dealer-built custom CB650Rs from Spain, France and Portugal that were all originally due to be showcased at this years Wheels & Waves festival in Biarritz.

Over 7,000 visitors to the website cast their votes and they were able to download a bespoke wallpaper for their computer or mobile.

Visitors can still visit the Honda Customs website to view the class of 2021 and be inspired to create their own custom version of the CB650R middleweight, with its ‘Neo Sports Café’ styling and evocative four-cylinder engine, complete with classic, down-swept exhausts redolent of the original CB400F of the 1970s.