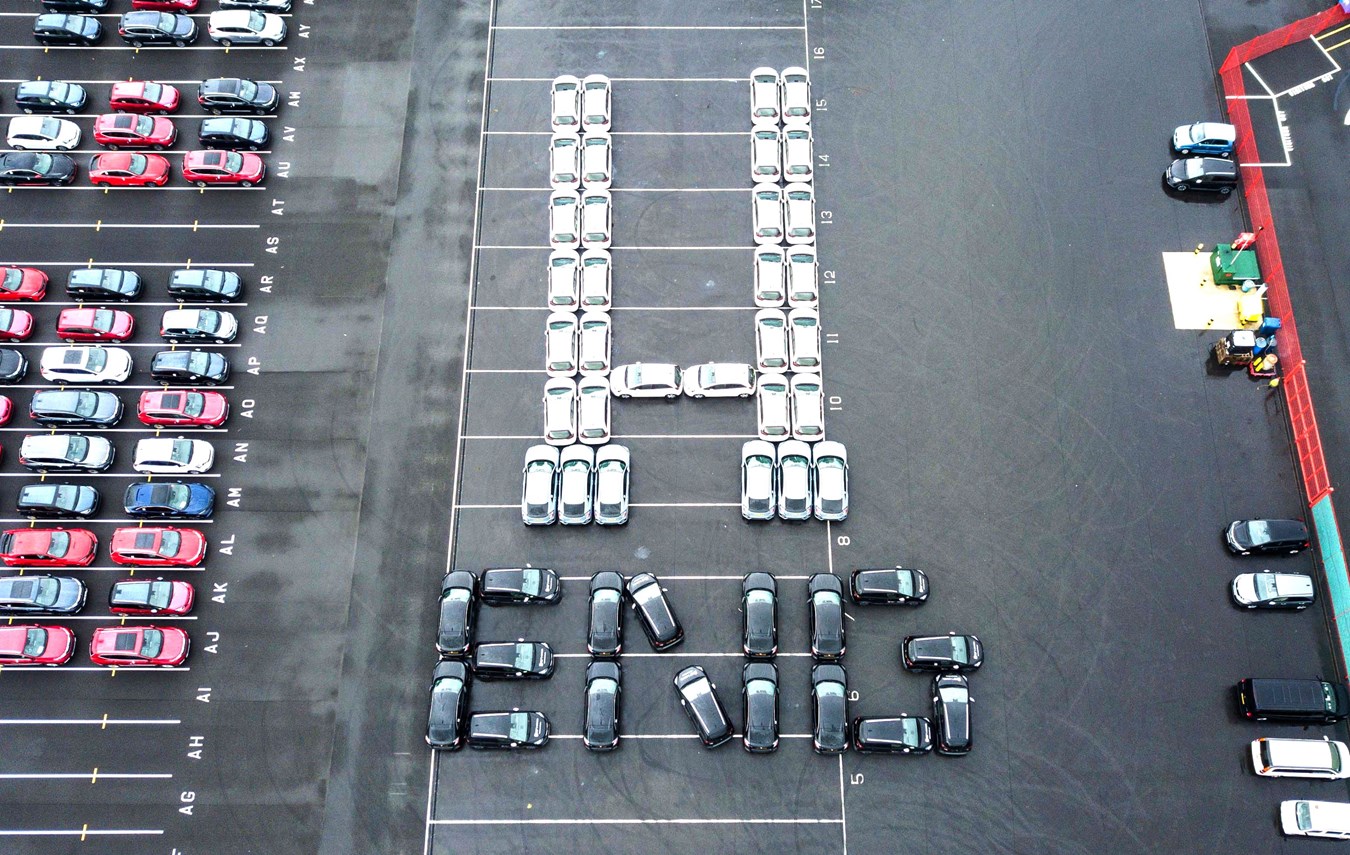 Honda has created a giant set of rugby goalposts from its fleet of new cars to celebrate the launch of a new partnership with the Rugby Football Union (RFU) and England Rugby.

To celebrate it, a team at Honda’s mass distribution centre at Portbury Docks, Bristol, created the unusual rugby-themed image. A total of 49 models of varying size and colour, including the Jazz Hybrid, Jazz Crosstar and Civic, were parked into the shape of a 100ft long set of rugby posts, with numerous other cars positioned below to spell out ENG.

Rebecca Adamson, Head of Automobile, Honda UK, said: “We are thrilled to announce this exciting new partnership with The Rugby Football Union.

“On a brand level, there are huge synergies between Honda and England Rugby and we truly believe it’s a partnership that supports our own philosophy of giving everyone the ‘Power to Dream’ and we’re all very excited to see what the next few years will bring.

“For a bit of fun, we thought we’d turn our large car park at Portbury into a giant set of rugby posts which could be visible from quite a distance.”

The long-term relationship, which officially kicks off today (1 September) in time for the start of the new season, will see Honda align with England Rugby in several exciting ways.

The Honda logo will feature on the England men’s U18 and U20 playing and training kits produced by Umbro.

Honda will also become the Principal Partner to the England Rugby senior men’s official training centre located at Pennyhill Park, to be named as the Honda England Rugby Performance Centre.

In addition, Honda will provide the official vehicle fleet to England Rugby and its employees. There will be a major focus in sustainability in this area with the majority of the cars supplied having a degree of electrification.

There will also be support for community rugby in England, with Honda coming on board as the first ever title partner for the Rugby Grounds Connected programme as well as support for volunteering in the grassroots game through the Honda Volunteer Recognition Programme.

In addition to becoming the Official Automotive Partner to England Rugby, Honda will activate across their Motorcycle, ATV, Lawn and Garden products.

RFU Chief Executive, Bill Sweeney, added: “We are delighted to confirm Honda UK as an Official Partner of the RFU and England Rugby.

“Honda is a massive global brand well-known for its innovation and we are certain it will be a great fit for us. Honda’s global brand positioning is enabling ‘the Power of Dreams’ and ‘challenging spirit’ which is synonymous with our own.

“We look forward to working with Honda on what will no doubt be some exciting partnership activations over the next few years.”