Stage 3 of the 2021 Dakar Rally brought forward another win from former MINI pilot Al-Attiyah and his Toyota. The three-time winner had a rough start in the first stage but he made a comeback in Stage 2 and now won Stage 3 as well. Before entering Stage 4, the Quatari driver had just 5 minutes behind the leader, Peterhansel, and his MINI buggy. This time, the Toyota driver claimed the win in the 406-km stage around Wadi Ad-Dawasir in Saudi Arabia.

It was a close fight too, with plenty of leadership changes before Al-Attiyah crossed the finish line with the best time. X-Raid MINI‘s Carlos Sainz took the lead at one point, as did Yazeed Al Rajhi and Henk Lategan who is also driving a Toyota. Unfortunately for Peterhansel, he finished four minutes behind Al-Attiyah after suffering a puncture early on in the stage, claiming only third place by the end of the 406-kilometer sprint. 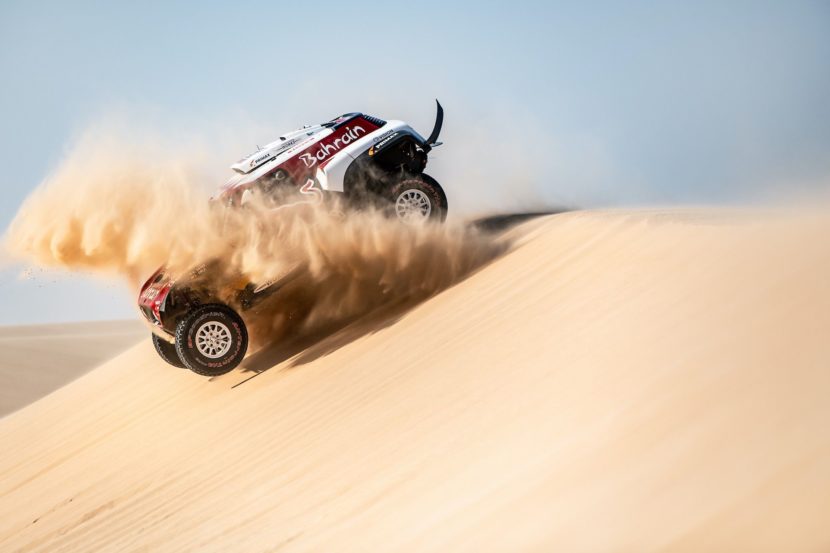 One other remarkable comeback was made by Sebastian Loeb who had a terrible start in Stage 1, marked by 3 punctures and a navigation error. He made up for the time lost and is now in sixth overall, after finishing in the same position in Stage 3. Even so, Loeb is 45 minutes behind the current leader, Peterhansel. It was a pretty rough outing for Sainz too, driving his MINI buggy off course around the 156th kilometer of the stage and suffering a puncture.

Video: How to set a personal profile picture on your BMW ID
3 weeks ago
Video: MINI Countryman gets put through the Acceleration Challenge
3 weeks ago
2021 Dakar Rally: MINI’s Peterhansel still in the lead but by smaller margin
3 weeks ago
1959 BMW 507 Roadster heading to auction in Scottsdale
3 weeks ago
VW CEO says Apple can mount major challenge with auto push
1 month ago
Daimler prepares stock listing of truck unit, paper says
1 month ago