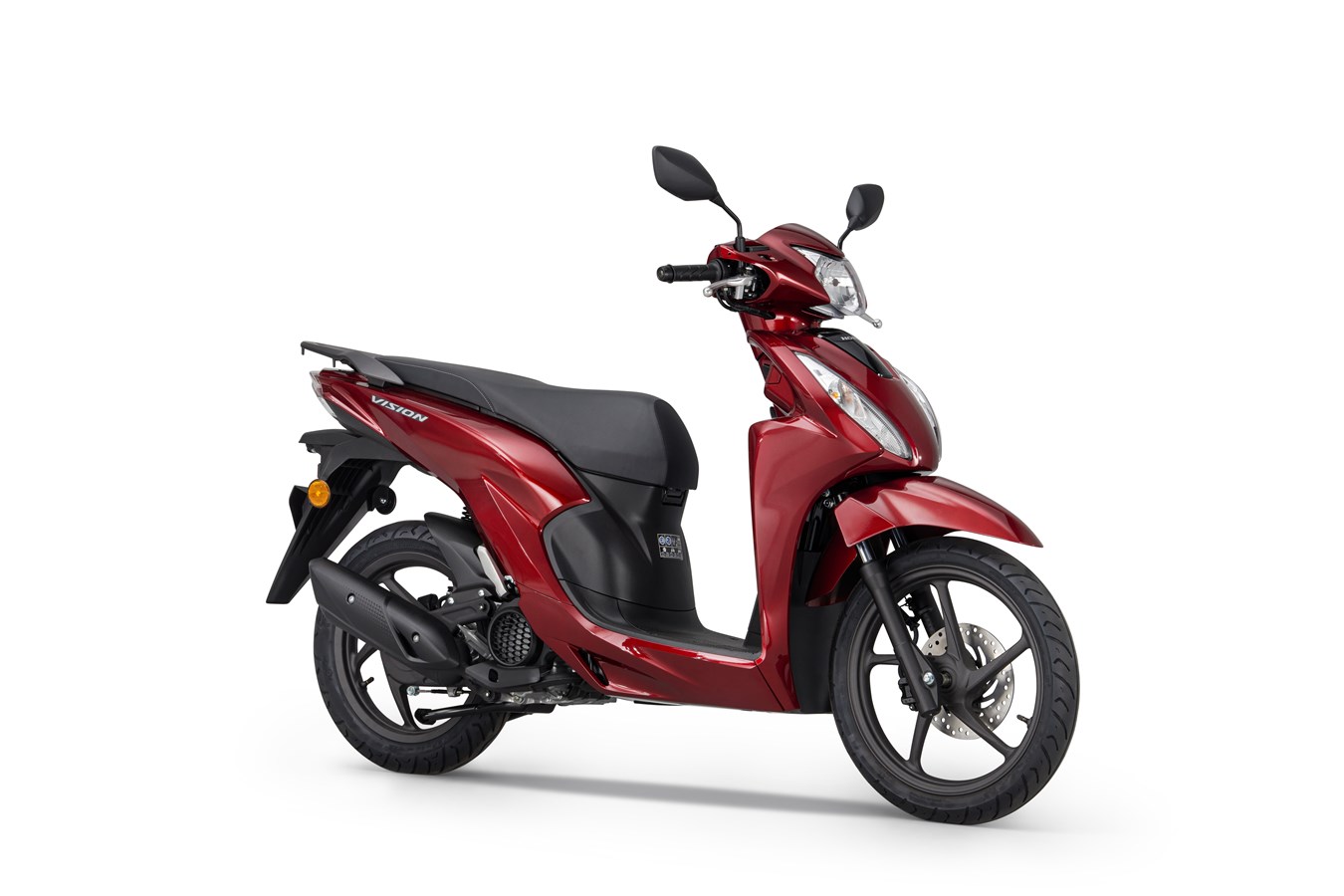 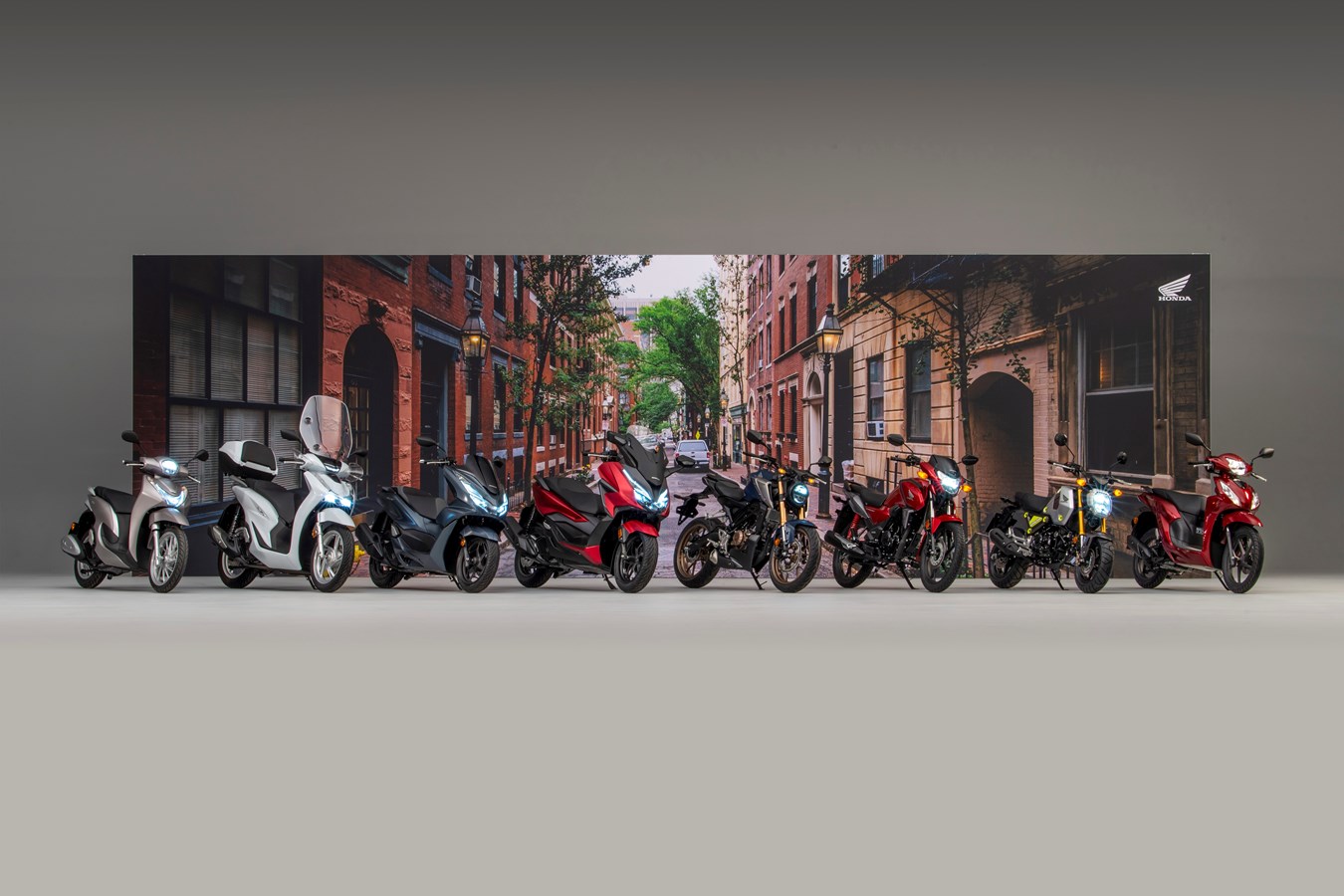 Honda Motor Europe is pleased to announce the addition of the significantly revised and upgraded Vision 110 to its motorcycle and scooter line-up for 2021.

The Vision 110 is Honda’s 8th model in the A1 license category and the last to be refreshed for 2021. Demand for small capacity motorcycles and scooters has withstood the severe challenges of 2020 with great resilience: ‘commuter’ sales have held firm, remaining flat year on year through to September, and actually enjoyed a 30% year-on-year increase for the period from June to September.

Honda, as the world’s largest motorcycle and scooter manufacturer, has long sought to welcome new riders with an extensive range of A1 licence-compatible machines, and holds a 21.2% share of the commuter market in Europe. Continued investment in manufacturing and R&D throughout 2020 means Honda’s line-up offers something for every taste and style, ranging from fundamental, value-for-money transport to high-end, high-performing desirability. Although each offers its own unique appeal and identity, they all have in common a high level of specification, practicality, fuel economy, build quality and fun.

Here is a reminder of the other seven A1 licence-compatible Honda models:

Announced in November, the best-selling 125cc scooter in Europe in 2020 has evolved its futuristic style and features more under seat storage, USB-C charging port and Smart Key. Power is drawn from a new, ‘enhanced Smart Power Plus’ (eSP+) four-valve engine, with Honda Selectable Torque Control (HSTC). A new frame incorporates longer suspension travel at the rear, and larger-sized tyres.

The latest version of the ultimate sports/GT 125cc scooter was unveiled in October alongside its new bigger siblings, the Forza 350 and Forza 750, with cosmetic updates that both add to the premium appeal and improve aerodynamics. The electric screen has an extra 40mm travel while a USB-C port built in to the glovebox adds convenience. Honda Selectable Torque Control (HSTC) is now a feature of the eSP+ engine.

Perennially one of Europe’s most popular scooters – second only to the PCX125 in the 125cc scooter sale chart for 2020 – was completely renewed for the 2020 sales season, with restyled bodywork hiding over 50% more storage space thanks to a redesigned frame. And its four-valve engine gave a strong boost to acceleration, plus a stronger top end AND greater fuel-efficiency.

The CB125R is a small bike that thinks big. For 2021, the 125cc member of the Neo Sports Café family – announced in November –  has a power and torque boost from an all-new, DOHC 4 valve engine, plus a major suspension upgrade, becoming the first 125cc motorcycle to feature Showa’s high-quality 41mm ‘Big Piston’ Separate Function (SFF-BP) USD forks.

Announced in September, the CB125F has a ground-up redesign for 2021, becoming a huge 11kg lighter. Its low-friction eSP engine improves fuel economy by 30%, for a theoretical tank range of over 700km, while maintaining performance. Equipment includes an LED headlight, centre stand and digital instrument panel with ECO meter.

Video: How to set a personal profile picture on your BMW ID
2 months ago
Video: MINI Countryman gets put through the Acceleration Challenge
2 months ago
2021 Dakar Rally: MINI’s Peterhansel still in the lead but by smaller margin
2 months ago
1959 BMW 507 Roadster heading to auction in Scottsdale
2 months ago
VW CEO says Apple can mount major challenge with auto push
2 months ago
Daimler prepares stock listing of truck unit, paper says
2 months ago