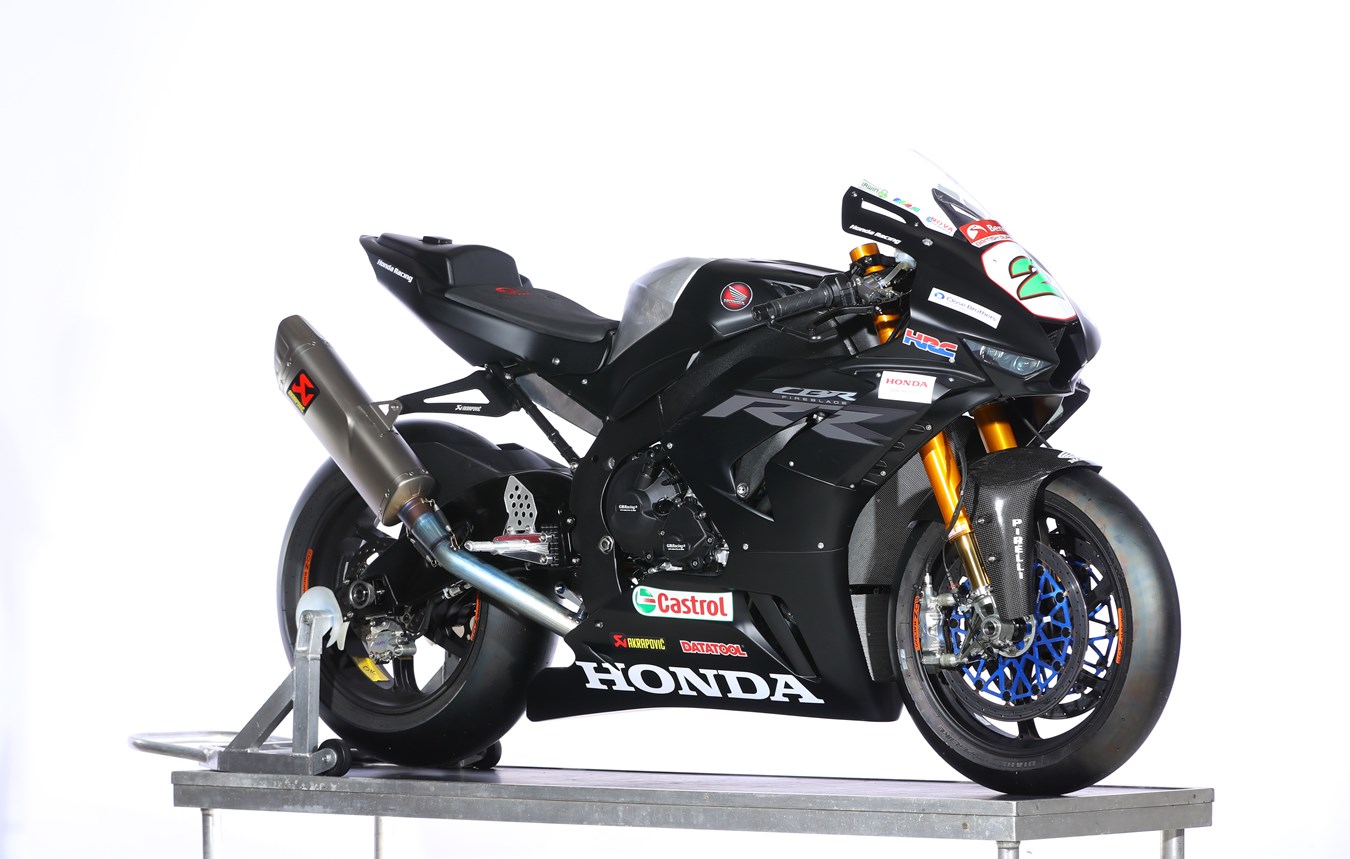 Honda Racing is pleased to unveil the CBR1000RR-R Fireblade SP that Andrew and Glenn Irwin will race in the 2020 Bennetts British Superbike Championship, as well as Tom Neave and Davey Todd in the Pirelli National Superstock 1000 Championship.

Keeping close to its road going sibling, the race livery is based on the Pearl Black colour, which is available across Honda’s UK dealer network on the CBR1000RR-R Fireblade SP.

The Honda team is happy to confirm that its long-standing relationship with Castrol and Akrapovič will continue into another season, as well as Close Brothers and Nova gearboxes. A new sponsor to the team for 2020 is Datatool, who have come aboard through their association with Honda UK.

After a delay to the start of the season due to the Coronavirus pandemic, the British Superbike Championship is set to go ahead with Round 1 taking place at Donington Park 7/8/9 August. The series will take place over six rounds and each weekend will host three BSB races, which means this year’s title will be decided across an 18-race season.

The debut of the all-new Fireblade SP has been eagerly awaited on British soil by both the Honda Racing team and BSB fans alike, and in early March the team enjoyed a promising first test on the new machinery in Spain. Now, after months of not riding, Andrew, Glenn, Tom and Davey will look forward to being back on track on 28 July for official MSV testing at Donington Park.

For more information on the all-new CBR1000RR-R Fireblade SP, or to book your test ride visit: https://bit.ly/Honda_2020Fireblade